Welcome to our NEW site – Classes back in session.  Click Class Calendar for more details 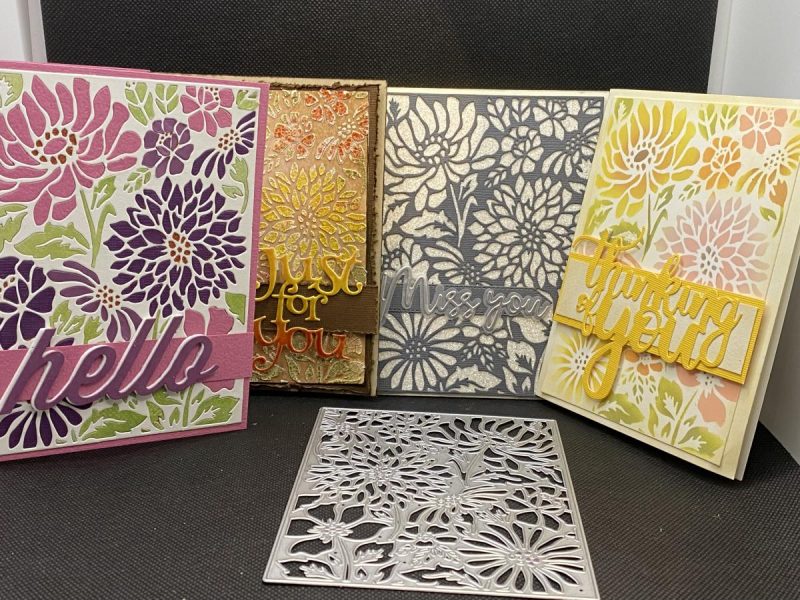 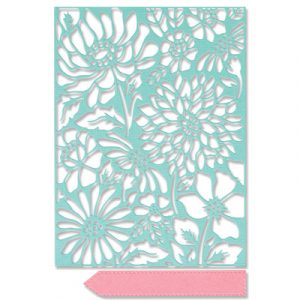 I used the same die, Botanical Scene from Sizzix, pictured above, to create all 4 cards.

For the first card I cut the die out in the traditional way using grey cardstock. I then placed this over some glitter cardstock and mounted this all on my card base. For the title I die cut the words out of silver cardstock and matted it with vellum. I mounted the sentiment on the die strip that comes in the set with the cover die. I love the detailed stitching in this strip. 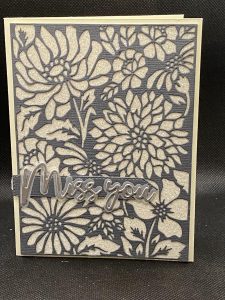 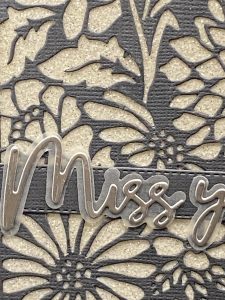 For the second card, I cut the die out of Yupo and used the cut out die as a stencil and applied various distress oxide inks through the stencil to create my floral design. I used my Pciket Fence Studio brushes for applying the ink. I love the variety set that comes with small brushes to allow for more control over the inks in detailed stencils or like here where I am applying multiple colours in close proximity to each other. I attached this to my card base and added a strip that I matted with the same colour I used to cut out the sentiment using foam tape to provide some dimension. For the sentiment I cut it out using die from a coordinating colour from the card, in this case I chose yellow. I mounted it to my strip and the card was complete. 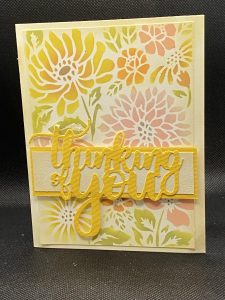 For the third look I used the same stencil I cut out of Yupo earlier and this time I applied some crackle paste through the stencil. I then sprinkled the paste with various colours of distress embossing glaze and left it to dry. Once it was dry, I heated the glaze and melted it using a heat tool. I then used distress crayon to highlight the cracks and give it a more vintage feel. I used the same embossing glazes to create the sentiment by inking some cardstock with embossing ink and applying glaze over it in various shades to create my tri tone effect. I matted this on a piece of brown cardstock that I took an edge distresser to, to create that frayed look. I did the same thing to a piece of brown cardstock  that I adhered to the panel using foam tape to give it some dimension. I mounted the whole thing on a kraft coloured card base also using foam tape and attached the glazed title to the brown strip. 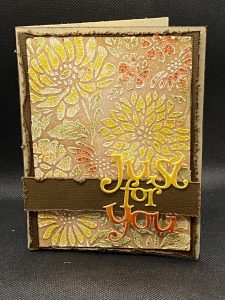 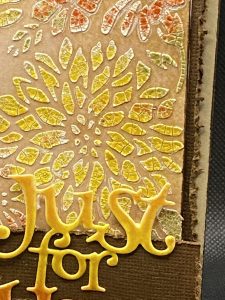 For the final card, I first cut the die out of white cardstock and then adhered the panel to a double sided adhesive sheet cut to size. This left openings where the adhesive was exposed. Then I cut the die several more times out of various shades of cardstock and used pieces from the different shades to inlay into the white cardstock die pressing them into the exposed adhesive sheet, like a puzzle. For the tiny bits in the center of the flowers instead of trying to fill in with the very small pieces of cardstock I chose to use microbeads to create a textured center for my flowers. I then mounted the panel 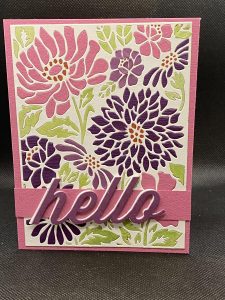 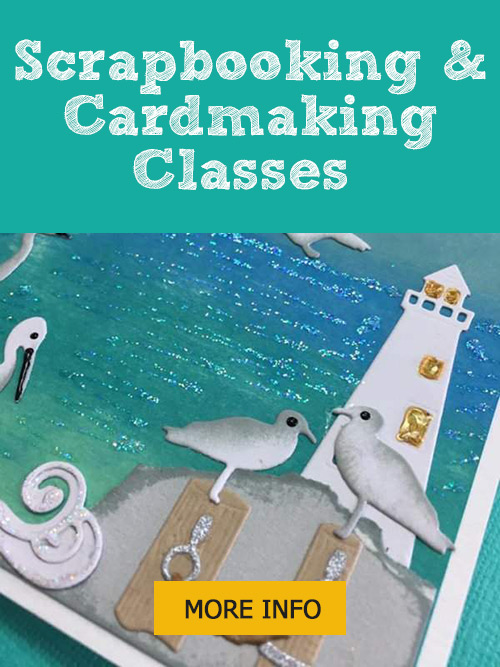 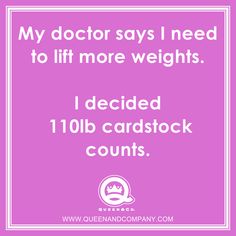